by Sherry Wernicke
in Home, Ironman, Life with a Triathlete, The Sport of Spectating 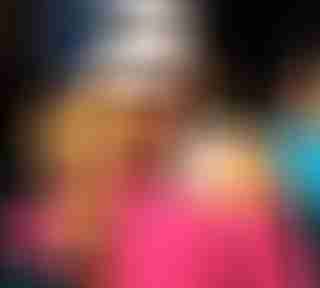 We can’t believe the Ironman Florida race is over.  We were a bit concerned if the weather would cooperate after experiencing high winds and high surf – that closed the beach – on Friday.  But, all was well on Saturday morning and as you can see in the picture above, there was plenty of blue sky.  The TriWives had one of their husbands racing, but due to a knee injury, was only supposed to do the swim and bike segments and then call it a day.  We should have known that after having a great swim and bike time, he couldn’t just stop.  So, Jodi’s day got a lot longer than expected, as Guy decided to walk the run segment and that he did.

Luckily, she had several good friends with her to keep her company and got to actually go out on a motorcycle and see the cyclists.  She even saw Guy at mile 50!  Dana & I certainly know what it’s like to have a triathlete walking the run portion; David walked most of IMMTB this past summer and Carl walked IMCDA with a high fever and IMAustria with plantar fasciitis.  At least when they’re running and in good form, you have a general idea of times.  But when they walk plus have an injury, you have no idea what’s going on out on that course and it causes a lot of anxiety.  We know, however it’s so hard for them to quit anything, but I think Guy summed up all of their sentiments, “Walking a marathon sucks!”

To tell you how emotionally involved family get into this sport, when Guy got off the bike, he was limping. Jodi felt so bad for him and started crying, thinking this would be his first DNF and knowing the disappointment he must feel.  But, not to be with this Ironman……He limped off and got it done.  We are so proud of our trihubby; shows the true spirit of a triathlete.  BUT, we would have been equally as proud of him had he realized it might not be the best idea to literally add insult to injury.  He had nothing to prove to any of us about the person he is.  But, with the final race of the season behind him, it’s time to heal and really put to use that “OFF SEASON”!

OMG – The best pic ever after the day he had….

We’d like to send a special shout out of congrats to Endurance Sports Travel.  Their athlete, Beat Blaser, was the first age grouper to finish!!!

endurance sports travelIronmanironman floridalife with a triathletetriathlete
Leave a comment