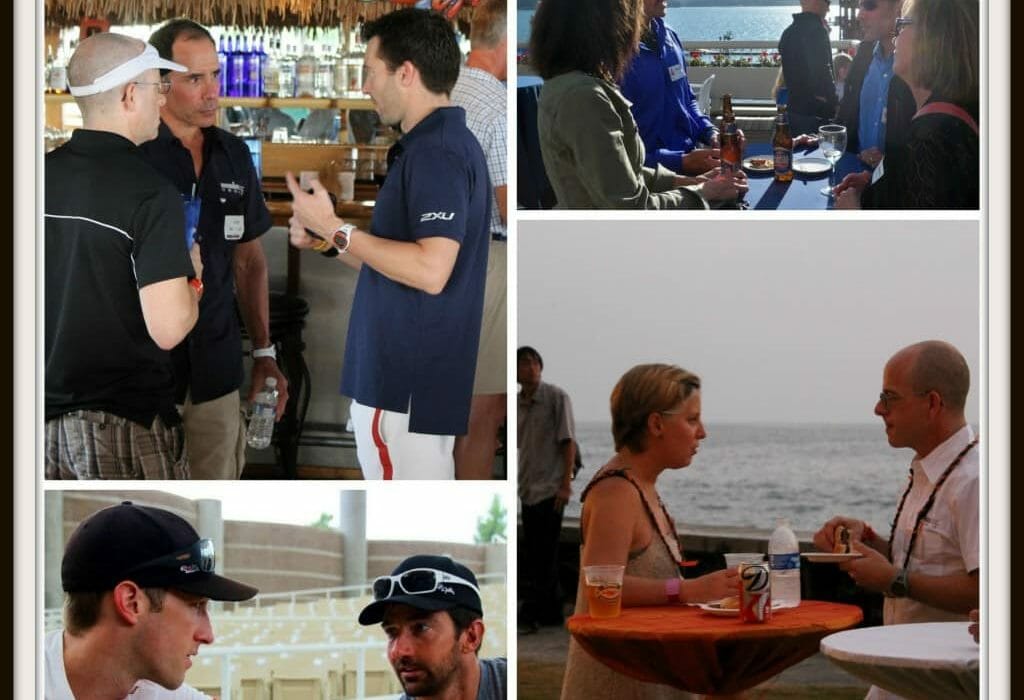 When was the last time you were having a conversation with your triathlete and they just started talking about their training?  It had no connection to your conversation whatsoever.  Did you get the feeling they were never into your conversation to begin with or have they mastered the art of the multi-conversation?  If it hasn’t happened to you yet, expect it.  We trisupporters are all vulnerable to this practice.

Is there such a thing as multi-conversing or should we just say tri-conversing?  My husband and I have had conversations these days and out of the blue comes a triathlon-related comment.  Perhaps it had happened in the past, but went unnoticed or perhaps it’s a new power he’s gained after taking his “pause”.

We were recently discussing The Wolf Of Wall Street and he says, “If I get 3 swims in this week, I think I’ll be good.”  He continued the conversation about the movie as if this comment never came out.  Then, several days later we were discussing buying a new dishwasher – granted a boring subject and even I was probably multi-conversing in my head – but he goes, “I need to buy a new helmet.  Got a 40% off coupon I should use”.  I’ll give him the fact that at least this  conversation was on the same tract – buying something new.  But, since this was no longer an isolated incidence, it begged the questions:

So, I decided to test my theories of this ability and found the following results:

So, there you have it; the results of my VERY unscientific study.  I’m still not convinced he isn’t hearing “wah, wah, wah….” from me sometimes, but until I can develop a test for that…… Now, I want to know:

WHAT KIND OF CONVERSATIONS DO YOU HAVE WITH YOUR TRIATHLETE?