TRIATHLETE HAVE YOU SEEING GREEN? OPPOSITE SEX TRAINING PARTNERS 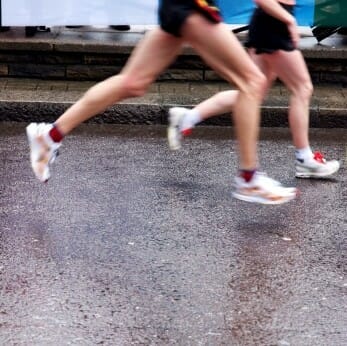 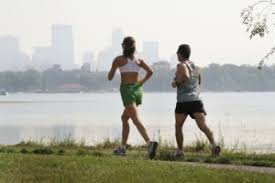 Spends many hours away from home; is in the company of an attractive, physically fit, disciplined person of the opposite sex; comes home sweaty and out of breath; makes excuses for why they’re late, such as had a flat tire – sounds like the scenario for a spouse having an affair, doesn’t it?  But in this case, it’s just part of living with a triathlete.  In part 1 of our series, we addressed time spent away from home as a potential cause of friction in living with a triathlete.  In part 2, we address the very sensitive issue of your triathlete having opposite sex training partners.  For this piece, we looked at the issue ourselves and spoke with people who are in this situation to determine if it is a real phenomenon or just a tantalizing subject.  We wanted to bring it up, so it DOESN’T become a problem.  Here’s what we found…..

Due to the long and often monotonous hours spent training, it’s understandable that your triathlete would want to make someone suffer with them.  It’s also great to have another person along for company, safety, and for motivation; when they just want to say, “I’m done.”  Not to mention the competitive nature that comes out when someone is riding along side them on a bike….My husband trains alone, with people we socialize with, and with people I just know the names of, but have not met.  Should I be concerned?  Should I question if Sean is Shawn?  Should I ask to meet them?  Have you asked yourself these questions?

Training group in action, except for Alex, the dog, who only does the runs…..

For those of you whose significant other trains with a person of the opposite sex, this is a very personal issue.  We’ve seen it discussed from the triathlete’s point of view, but that’s not who we are.  So, we decided to look into this issue ourselves and posed the following questions to both men and women who have been in this situation:

Strategizing for the next training session…..

Experience amongst the triwives has been to keep the green-eyed monster in check and put away the voodoo dolls….they don’t work anyway – just kidding.  Our husbands have had female training partners, but they have been part of a group and we have known them in advance.  Of course every situation is different, but in general, we have found that a triathlete is a triathlete….viewed as a bit unisex among the group.  It’s better to treat the situation in the same way you would any other….without discrimination to sex, religion, political view, race, education, social standing, eating habits, bike company preferences, or running shoe fetishes. Training with others can be about competing almost as much as races are, and gender differences seem to take a backseat  in the eyes of most in training for race mode.

Most of the people we spoke with were women, but we did have a chat with a few males.  While we did find it to be a somewhat uncomfortable subject, we did not find it led to any divorces among the group.  Yeah!!!! We’d like to share the following comments from fellow tri supporters:

So, what do you think?  While we found the topic to be more than just a tantalizing subject, it also has solutions.  The overwhelming theme seems to be COMMUNICATE, COMMUNICATE, COMMUNICATE and let everyone get to know each other.  Being upfront takes all the mystery out of the situation and meets any potential conflict head on.  Did we miss something?  Let us know.