by Sherry Wernicke
in Home, On the Menu, Recipes 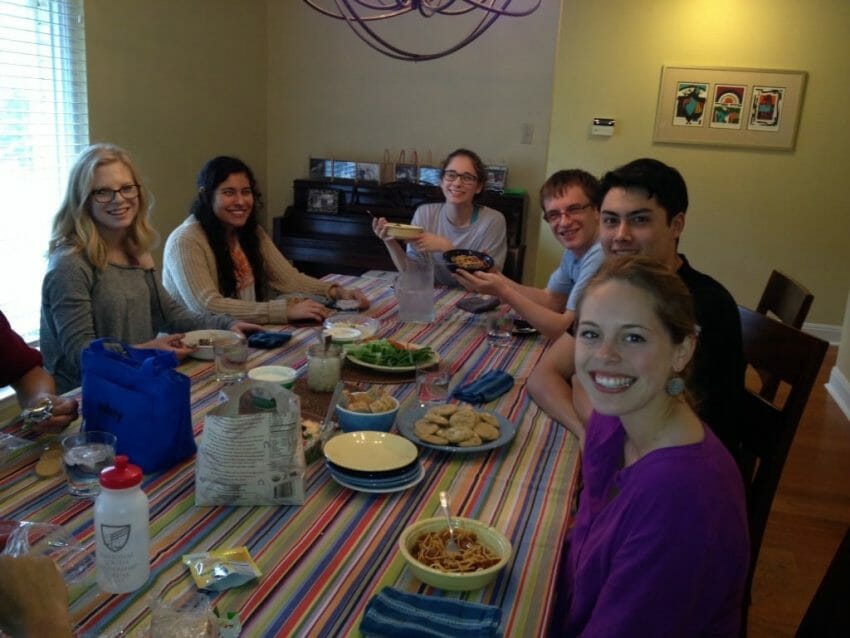 We couldn’t let today go by without celebrating one of our favorite cold weather day treats – chili.  It is National Chili Day after all.  This is one of those dishes that can be different each time you make it or you can stick with your tried and true recipe.  Dana is sharing her now AWARD WINNING CINCINNATI CHILI RECIPE!  And it must be good if 12 teenage boys, times this recipe by 10, took 2nd place in the People’s Choice Award at the Austin Kosher Chili Cook Off!

In case you were yearning for a little chili trivia and who isn’t, here’s what we learned from the National Chili Day website:

Most historians agree that the earliest written description of chili came from J.C. Clopper, who lived near Houston.  While his description never mentions the word chili, this is what he wrote of his visit to San Antonio in 1828:  “When they [poor families of San Antonio] have to lay for their meat in the market, a very little is made to suffice for the family; it is generally cut into a kind of hash with nearly as many peppers as there are pieces of meat–this is all stewed together.”

In the 1880s, a market in San Antonio started setting up chili stands from which chili or bowls o’red, as it was called, were sold by women who were called “chili queens.” A bowl o’red cost ten cents and included bread and a glass of water.  The fame of chili con carne began to spread and the dish soon became a major tourist attraction.  It was featured at the World’s Fair in Chicago in 1893 at the San Antonio Chili Stand.

By the 20th century, chili joints had made their debut in Texas and became familiar all over the west by the roaring ‘20s.  In fact, by the end of that decade, there was hardly a town that didn’t have a chili parlour, which were often no more than a shed or a room with a counter and some stools.  It’s been said that chili joints meant the difference between starvation and staying alive during the Great Depression  since chili was cheap and crackers were free.  And chili remains extremely popular to this day……

We love Cincinnati Chili, because everyone can add hot sauce and all the toppings to have it just the way they want.  Our favorites include beans, grated cheese, scallions, oyster crackers, diced onions, and sour cream.  Plus, if you are tired of carb loading with pasta and sauce,  mix it up with this chili recipe.  Just serve it over spaghetti like we do….

Jodi is actually from Cincinatti and her favorite chili is Skyline….out of the can…add pinto beans, spaghetti, and shredded cheddar cheese!  If not right out of the can, she makes a regular chili without a recipe as do I…..We just dump and mix however we’re feeling at the moment….I think next time I’m trying this award winning recipe!