WE ARE SO MUCH MORE – DOLPHINS, SEA TURTLES, & PELICANS

by Sherry Wernicke
in Home, We are so much more 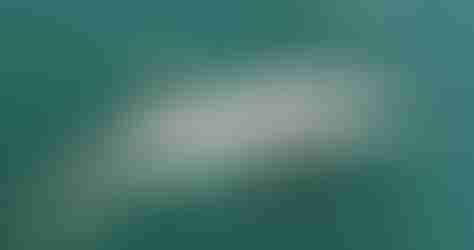 All I was trying to do was find a great, meaningful summer camp opportunity for my twins, when I stumbled upon the Clearwater Marine Aquarium,  a non-profit marine rescue hospital.  My kids spent their days learning about the environment in our new community, the Gulf of Mexico, and all that surrounds it from the Mongroves to sea turtles to marine animals.  At the time, the aquarium was in trouble and like all other projects I end up getting involved in, I dove in as a volunteer.  What was happening at the aquarium was amazing; rescue, rehab, and release of sea turtles, dolphins, pelicans, sea otters, and more, plus a whole education program for the community.  This was a special place.  I went from doing a little fundraiser for the education department to becoming the COO for, as I told the Board, until they found a CEO…

My team and I got us back in the black again and we were doing the job set forth by our mission.  We did have permanent residents not by choice, but by necessity; animals that were unreleasable became our family. I will always remember a phone call I received from the vet at the aquarium in December of 2005, while at dinner with my husband.   She told me there was this baby dolphin that was just rescued on the east coast that had no where to go.  We were not in the position to take it in and I asked the vet to please find another center to help out, but next came the rest of the story.

Early on in the recovery and rehab process…

She explained that the dolphin would most likely not make it and would most likely loose her tail.  She told me Sea World would do the transport, but we were her last hope and everyone else recommended putting her down.  Then the catch that Jeanne knew would get me, “Dana, this was caused my careless acts of humans and we need to try to make it right”.  Maybe it was the bottle of wine I had shared with my husband or maybe it was because of my stubborn streak, but I knew we did indeed have to make it right!   Against the will of my Board, we brought her  in.  Winter, the dolphin, made it through that night and now 8 years later, she is giving back by giving joy and education to the world.  She came in to us in the winter and volunteers spent long, cold nights with her in the water;  thus, the name Winter.

The now famous, Winter the Dolphin…..

December 2005 was a special time for me.  Not only was I COO, but I also became a volunteer, spending endless hours beyond my regular job giving staff and volunteers breaks from walking her all night, making fish shakes, and more.  It was one of the most rewarding times of my life.  I am proud of the decision I made that night and even more proud of the staff and volunteers who put in countless hours, carrying out our Mission and saving Winter.

Now Winter was not the only story, but the hardest decision I had to make while at CMA.   I will also never forget the Red Tide sea turtles that took over our halls and offices when we ran out of space.  They could not be in water; again, some say they were made sick due to humans.  The problem seems to be linked to run off from chemicals we use to keep our grass green.  Then, there are the pelicans who get wrapped in fishing lines, because humans get too lazy to properly throw away unused line.

Red Tide turtle being nursed back to health….

During these years, I not only learned so much about an ecosystem I knew nothing about, but my family gave up so much for me to do this job.  The twins spent countless hours at the aquarium, so my husband and I could put in our volunteer hours.  My husband spent endless hours walking Winter and running out with me in the middle of the night to rescue a sea turtle or assist in releasing sea turtle hatchlings, because staff and volunteers needed a night off.  My family set everything aside during those years for me and CMA, until the time we moved to Austin.  We look at this period in our lives as a once in a lifetime experience for us as a family.  We grew closer and we learned so much.

I am so much more than a triwife.