JUST WHEN YOU THINK YOUR TRIATHLON DAYS ARE OVER…

by Sherry Wernicke
in Lessons Learned, Life with a Triathlete 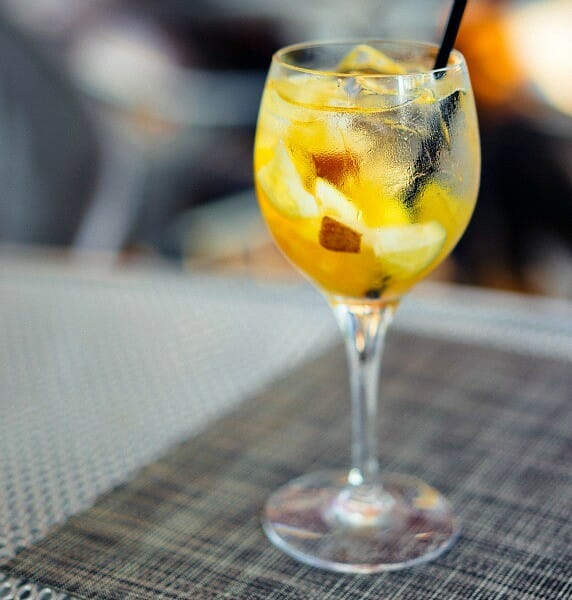 The emotions of my triathlete as they pertain to training and racing are pretty clear and centered around his passion. While he works his butt off, it still makes him quite happy and content. But, when not training or racing, there is a sort of sadness that surrounds him. Well, for me as the triwife, it is pretty much the same.

After David was hit on his training ride by a drunk driver, the true healing and ability to race took time. The surgeons all said no physical therapy was needed, so when he was released to train, he started right in. It was of great relief to me to see the spark back in his eye and that passion going again. But, it was not an easy start. There was constant pain and I watched, listened to him, and worried. As the year went on, he trained and registered for his races. Texas was his first full distance race and it went well; a great comeback!

But, also as the year went on, the pain got worse. The surgeons said this might happen, but I was not sold. I mean, come on – he now had a metal plate holding his clavicle together and his arm and shoulder were totally separated and had to “heal on its own over time”. Add on to that, jumping back in to training minus therapy! Of course he would hurt, but this pain seemed extreme.

It has been over a year and recently, with the pain increasing, he made the decision to drop back from training and look for another activity to take triathlon’s place. At first I had mixed emotions. YEAH, we would have more time to spend together. We could travel more, not have to worry about a training schedule, and could sleep in. Well, that YEAH lasted all of 10 minutes when I started to feel really very sad, not only for him, but for me too. I love the sport for so many reasons:

It all happened on a Friday when he stopped to swim on the way home. He could physically not bear the pain and got out of the water after 20 minutes. Before I even got up the next morning, he had pulled from training with his coach and from the remaining races of the season. Like really, the e-mails were sent.

It was not a happy time in our household, almost as though we were in mourning. I let the decision settle in for a bit and then I begged him to please let me look for one more doctor; one that specialized in sports medicine and not surgery heavy. While both his surgeon in Austin, who is a triathlete himself, and his doctor in Omaha had said the same thing, it just didn’t sit well with me. He agreed to see someone new.

Being a goal-driven person, I set out to task. Not only did I want to see David healing and feeling less pain, but I didn’t want triathlons to drop out of our lives without one more try. I started to do research on local sports orthopedic doctors in our area. I didn’t want him to see another surgeon who would simply say, “you were hit hard, had major surgery, and might always feel a little pain”. Really? Not the answer for me.

I finally found a young doctor who studied at Harvard and specializes in Sports Medicine. I had been to every one of my husband appointments, but for this one I was going to be out of town, ugh, but it was okay. It was so hard waiting when he was in the appointment. Then came the good news – his shoulder is fine, but with the injury he had, developed bicep tendonitis; a totally healable condition with physical therapy.

Everyone gave us recommendations for a therapist and the doctor gave him a few, too. I just wanted someone who knew sports and maybe was an athlete his/herself (although it didn’t really work out in our favor before). I read through so many physical therapist’s bios that my head hurt, but I narrowed it down to three, made the calls, had the interviews, and then WE chose who we thought would be the right fit. And, yes, the coach is back on and David will be racing in the fall at IM Arizona.

If I can give you one take away from my experience, it is this…

You are the only advocate you have for you and your family. Go with your gut and if you are not happy with the situation, push a little harder, get a second or even a third opinion, and do your own research. Maybe it still won’t work out perfectly in the end, but at least you did all you could!

I’m so thrilled that my hubby starts PT today! Watch out IMAZ, here we come!