LIFE CAN CHANGE IN THE BLINK OF AN EYE UPDATE

by Sherry Wernicke
in We are so much more 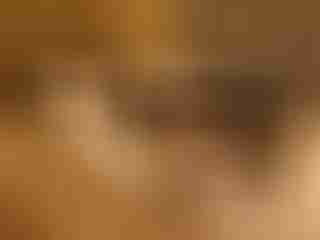 First, I want to again thank all of you who sent best wishes to my four-legged best friend from the bottom of my heart.  Your words give me such comfort.  Kayla is scheduled for surgery on Tuesday to remove the mass in her small intestines and do a liver biopsy, as the previous tests were “inconclusive”.  So, another excruciating weekend of waiting; not just waiting for the surgery, but praying that she makes it to Tuesday without further symptoms.  I had the option of going to another facility to have it done on Friday or wait until Tuesday, but have chosen the later for the following reasons:  the facility is closer; they already know her; I’m concerned about doing the surgery on a Friday when she would be recovering over the weekend with less staff and perhaps more tired staff; and after polling friends, people seem to prefer my first choice.

Having to make these decisions is just simply the worst.  So many of you out there know exactly what I’m talking about.  Your decision or indecision can literally be a matter of life and death.  I can’t count the number of times I’ve had to make them in the past for other dogs.  Some have been the right choice and others have been horribly wrong.  I am still haunted by the guilt of these mistakes MANY years later, usually in the middle of the night and going through this with Kayla right now is a huge reminder.  But, I think it’s too late for therapy and I logically know my heart was always in the right place; it just wasn’t enough or the right choice.  So, my plea is that PLEASE, PLEASE, PLEASE don’t let this end in another regret.  It truly makes for such a heavy heart.

There’s something about pillows and this pup…

My husband and I were supposed to go to Ironman 70.3 Oceanside this weekend.  I have chosen to stay home, but have sent him to the race.  I know he was looking forward to the trip as much as I was, just for different reasons.  Having taken most of last year off from racing, it’s very important for him to get back in the game.  Plus, he needs this to prove a few things to himself…..So, I will be cheering from the far away sidelines, scratching my girl’s belly, having an occasional glass of wine, and stressing every minute until Sunday when my triathlete walks through the back door.  Here’s to hoping that life doesn’t suck too bad between now and then….