LIFE WITH A TRIATHLETE – TOP 10 QUOTES OF THE MONTH – DECEMBER 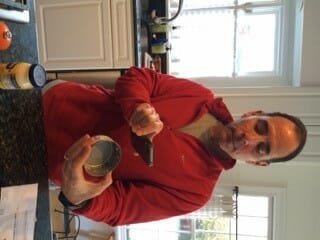 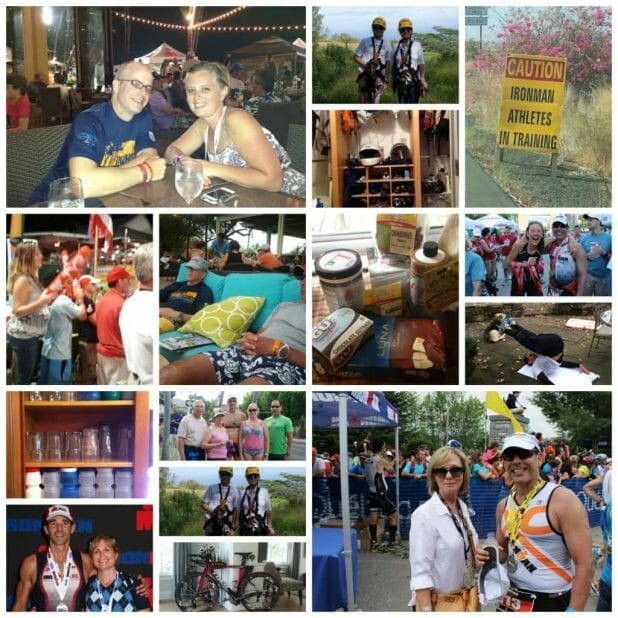 Our lives with our triathletes…

We have found over the years that living with a triathlete provides many unforgettable and often unbelievable statements that give pause.  Some of what comes out of their mouths just has to be shared.  But, we’ve also found it’s not just the triathlete that utters these comments; we’re often just as guilty as is the rest of the family. So, we decided in the spirit of being good trisupporters, we would share some of them.  We started off last month to initiate our TOP 10 QUOTES OF THE MONTH series and will continue as long as they keep coming.  We have faith in our triathletes that you’ll see these for many more months ahead.  Plus, we’re sure you have your fair share, too.  So, get ready to spill.

1.  During a holiday vacation, one of our trihubbies heard  the song, “What Does The Fox Say?” for the first time and just couldn’t resist giving us his own rendition:  Cha, cha, cha, cha, cha……

3.  After spending another Saturday morning talking Lose It app and caloric intake:  When you’re obsessed, you have to be obsessed.  Maybe you should start using it, too.  You can use my phone or buy your own app. (Not so subtle hint? Should I be offended?) 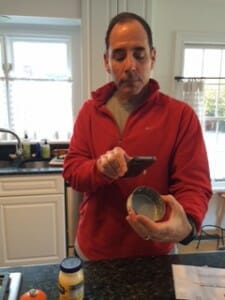 4.  He returns from a run and starts talking about snot rockets:  My mind goes to the song, “Sky Rockets in Flight”,  by Starland Vocal Band and I start singing Snot Rockets in Flight and he chimes in instead of Afternoon Delight, A Runner’s Delight.  (Granted, you have to be of a certain age to understand this quote or to be able to sing the lyrics.  Fair warning – it may become one of those songs you just can’t get out of your head.  Sorry.)

5.  One of my sisters who travels to races with us sometimes says: So, David where are WE racing this year?  We all could use a good “destination” race this year.  (Where did she pick up destination race?  Who in our family uses this term???)

6.  My daughter blurts out after having her father home for 18 days in a row with most of the time spent doing family activities:  Daddy is so much happier during race season.  When does it start again?  Soon????

7.  He had this realization on Dec 31:  This is like my last cheat meal until after IMAZ.  Will YOU make me anything I want?

8.  After having knee surgery, one triathlete remains as competitive as ever:  Quick!  Take a picture of my low heart rate of 38 after my knee surgery so I can show the team!  (Being the good trisupporter, triwife complies). 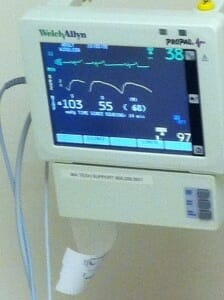 The resting heart rate of a triathlete.

9.  We’re having a conversation about going to visit his aunt in February and he doesn’t remember it’s even been planned, but he knows:  Oceanside is 13wks 1 day out off the top of his head.  (Do they get a triathlon race calculator implanted when they register for their first race that the rest of us aren’t aware of?)

10.  And finally:  We’re in the middle of a conversation about a movie we saw and he goes:   If I get 3 swims in this week, that’ll be good.  And then, just continues the conversation about the movie.  (Does he even realize what he said or was it a conversation in his head that he didn’t mean to verbalize?)  This has spawned a new article on “The Art of Multiconversing or Should We Say Tri-Conversing.”  Stay tuned…..