by Sherry Wernicke
in Getting Fit, We are so much more 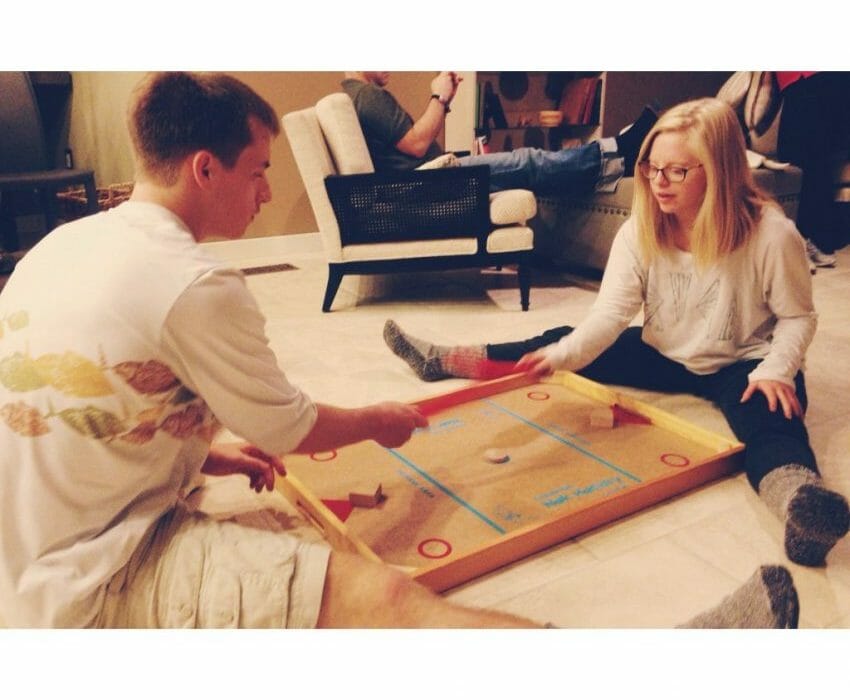 It was an easy morning.  We so took advantage of our cancelled flight last night and lounged in bed, rather than jumping out and hitting our workouts.  Well, his workouts.  Mine, this week, have been a bit later, but they got done.  It was nice not hearing an alarm clock at 4:30AM.  We will both go for a run later today, after we are settled in on the east coast and have stopped by a store to get all the plastic containers we need for Sam’s dorm room.

Although David has been working out, the accident has put some extra weight on him, too.  So, we both have decided that we will eat well and stay active these next 11 days, despite being on the road. Traveling can be so hard on working out – between finding running paths, gyms, and a pool, you also have added stresses, which this trip has plenty of.  We will have 4 different beds and lots of driving miles once we land on the east coast; not to mention the emotion of dropping the twins at college.  It will be hard, but we are committed to each other to make it happen.

No flight cancellations today and we are on our way.  So, I decided to take advantage of what the airport offered – a trip to the spa – while we waited for the flight.

A little back massage was the perfect solution…

The twins occupied themselves in the lounge with games, while David read and did some work.

So happy they can keep themselves entertained…

Many challenges lie ahead of us over the next 11 days.  Here’s just a sampling:

HOW DO YOU HANDLE GETTING FIT ON THE ROAD?