kanō Pop Up Perfection in Omaha 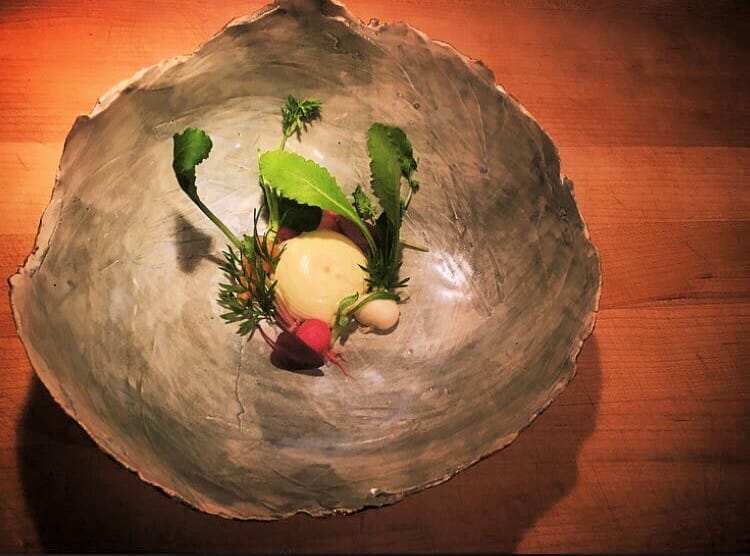 I was lucky enough to attend local chef Kane Adkisson’s latest kanō pop up at Block 16 last fall. The cozy and intimate Supper Club was the perfect backdrop for a glorious love letter to local cuisine served with the signature kanō charm.

The night began with a thoughtful query about dietary restrictions (none, thank you very much) and a delectable complimentary fall cocktail. Usually I crave spiked hot cocoa at that time of year, but consider me a convert to an icy autumnal offering. Kane’s iced cinnamon Bourbon libation hit all the right notes with warm seasonal spices that didn’t overpower. I sipped mine throughout the dinner, and it was still extra tasty even after the ice had melted.

The first course was a balanced standout. We enjoyed lightly cured madai (a highly-regarded Japanese fish) paired with late harvest melon (aka fancy cantaloupe coins). This crudo rested in a dreamy herb oil and yogurt broth that I had to resist the urge to lap up. 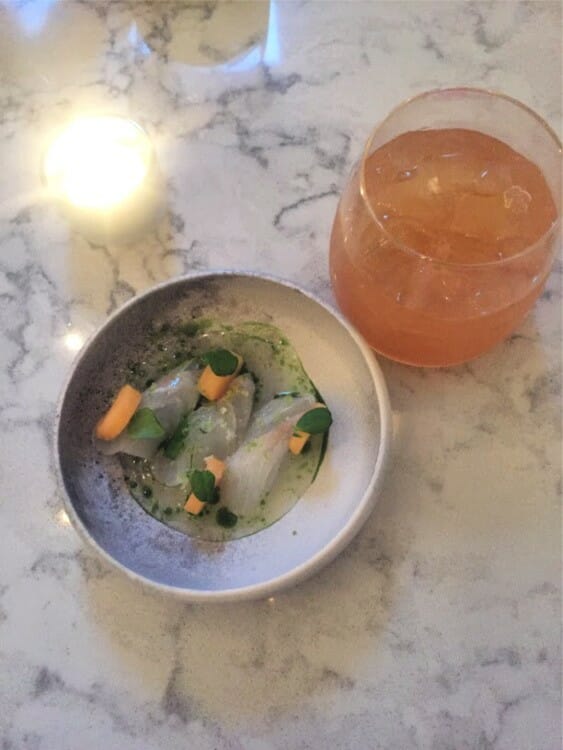 Next up was a charred pumpkin dish, with crunchy puffed rice and Stracciatella di bufala, a creamy Italian cheese. It was seasoned lightly with salt and fresh cracked black pepper and made for a tasty second course with perfect textural elements. 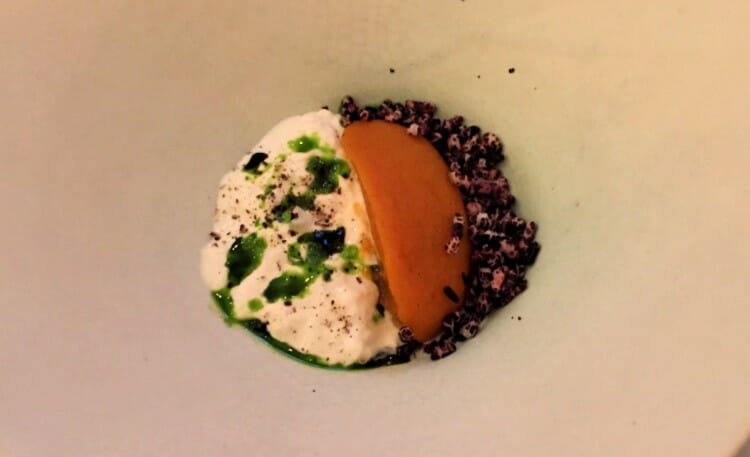 The third offering was hand-made semolina gemelli pasta with chantarelles and smoked hen. To add an extra decadent feel, chef added some thinly shaved Austrian truffles to the top. To say it was incredible would be the understatement of the century. And that’s coming from someone who rather disliked mushrooms. Seriously, consider me a fungi convert after this selection. 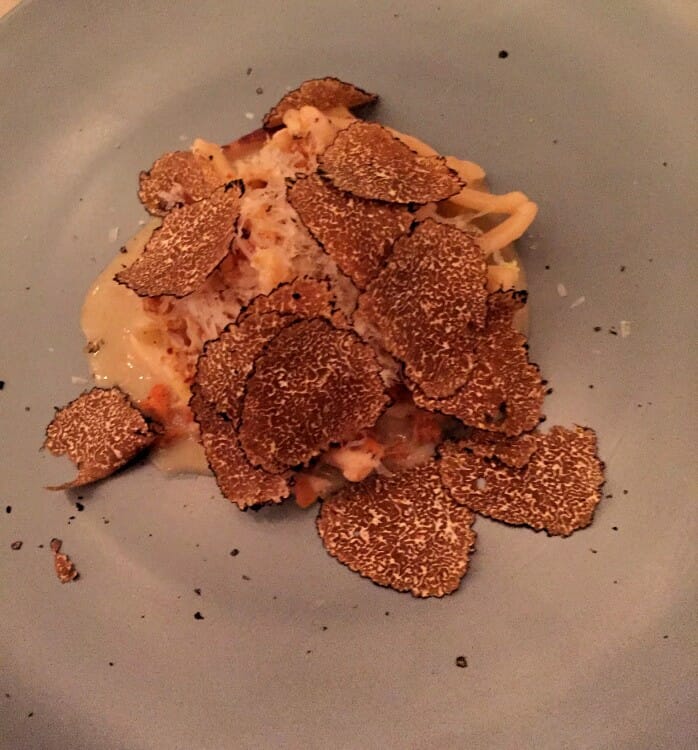 For the fourth course, I enjoyed sampling the rabbit saddle. It’s a cut of meat I hadn’t tried before that runs from the end of the rib cage to the animals’ hind legs. This dish also contained heirloom carrot puree, which was a great sweet element when paired with the sometimes gamey rabbit. Fennel sausage added some bitter and heat notes while grilled brassicas (a cruciferous green in the mustard family) provided a nice smoky kick. The greens were not my favorite, but I understood why they were offered.

Finally, we came to the sweet dessert course, a deconstructed version of bananas foster. Homemade citrus rum ice cream sang alongside rye crumble and caramelized banana mousse. Somehow it just worked together perfectly and was a very pleasing final note without being overly fruity. Hint: Ted & Wally’s + kanō rum ice cream would be a total hit. Let’s make this happen. 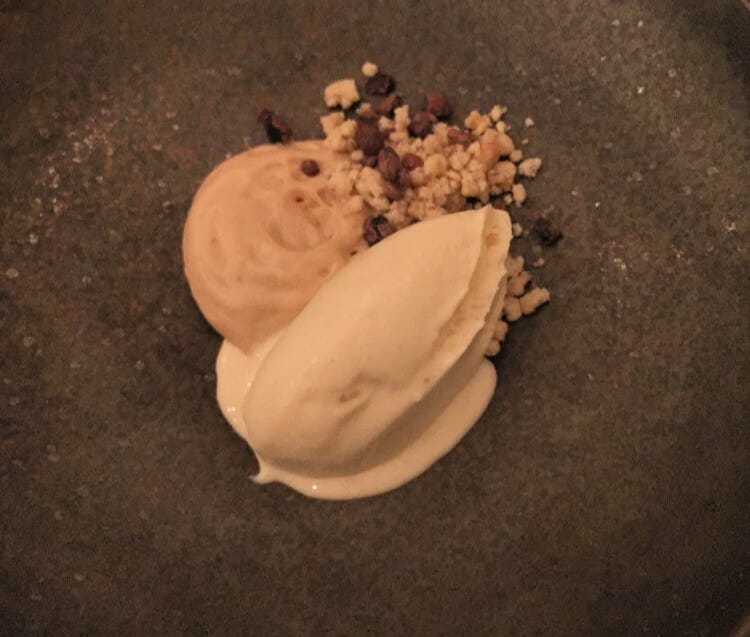 So, I’m getting depressed that it’s all over but to recap…my dining partner and I truly enjoyed every course. We debated and ultimately agreed that if we had to choose, the first course was our favorite. Please note, that while we opted out of the wine pairings, our neighbors reported that Sara Mellor of Mercury did a great job with those as well. 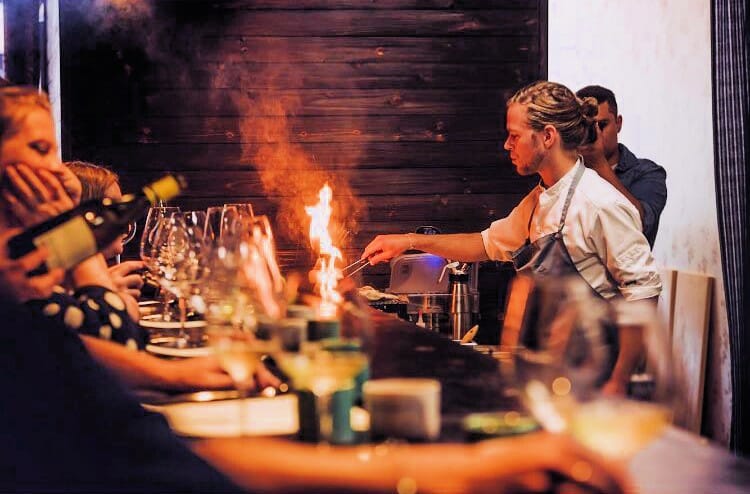 Now, how to experience this magic for yourselves? On select dates in May and June, the kanō team will be popping up at Archetype’s new-ish Little Bohemia locale. Book online here or follow @kano.omaha or @kano93 on instagram for updates.

Don’t miss out on Omaha’s vibrant dining scene! There are so many amazing choices…